Origin of our name

Comedian Eddie Cantor holds a very special place in the history of March of Dimes. 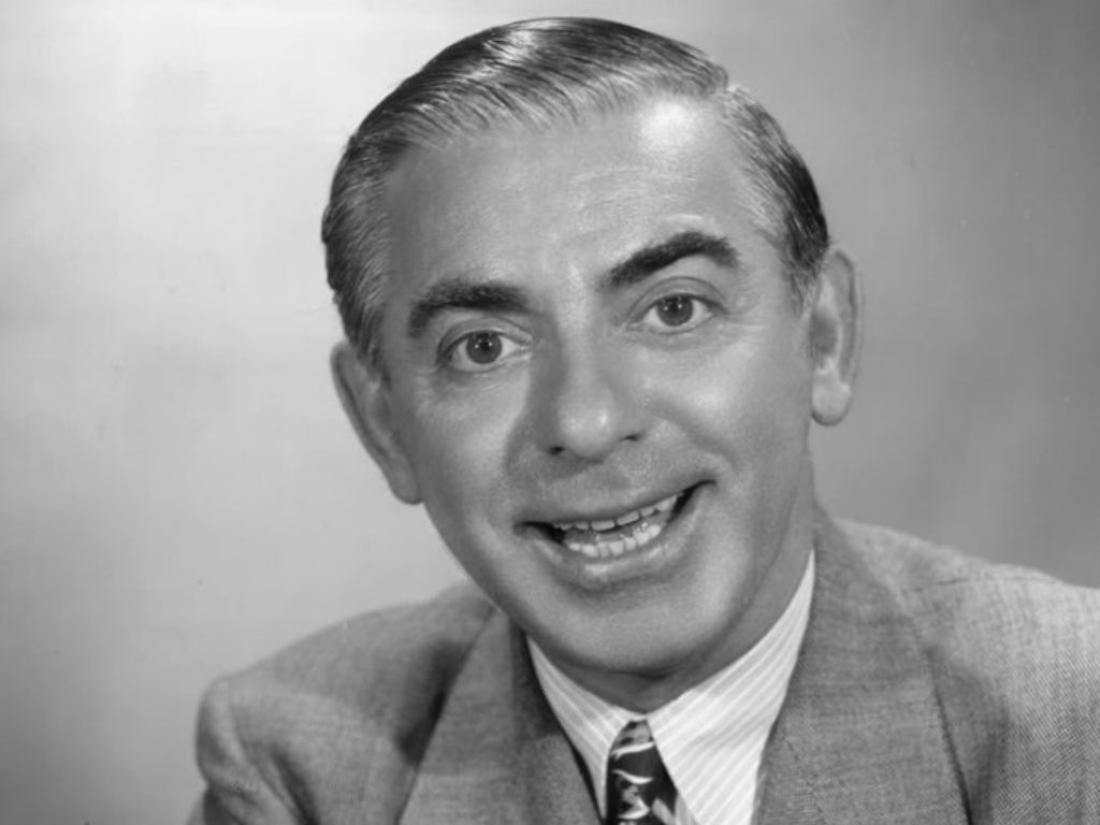 Comedian Eddie Cantor coined the phrase “March of Dimes” used to identify the Foundation today. Cantor was a multi-talented performer—vaudeville star, singer, actor, comedian, radio and television personality. Beloved by the American public, Cantor had a deep well of compassion, for he embraced a variety of humanitarian causes over the course of his long career in show business. One of these was March of Dimes, and the story of how he created this name has special distinction.

When a public need is given a voice, it can change history.

Beginning in 1934, the fight against poliomyelitis (also known as infantile paralysis, or polio) was commonly associated with the annual Birthday Balls held each January 30 in honor of President Franklin D. Roosevelt's birthday. These lively fundraising parties were organized in cities throughout the U.S. just as the country emerged from the Great Depression and were unique in their appeal to ordinary citizens to join the campaign of finding a solution to this dreaded disease. After FDR issued his proclamation announcing the creation of the National Foundation for Infantile Paralysis on September 23, 1937, to carry on the battle against polio on a national basis, it was left to Eddie Cantor and other promoters to organize a fundraising strategy for the next Birthday Balls in California. On November 22, 1937, Cantor met with W. S. Van Dyke II and Harry Mazlish of Warner Brothers in the office of John Considine, Jr. in the studios of Metro-Goldwyn-Mayer to discuss their plans. In the meeting, Cantor recalled a successful 30-second radio appeal for relief funds after a catastrophic Mississippi River flood. Applying this idea to the National Foundation, Cantor said, “I am sure that all of the national radio programs originating in Hollywood would devote 30 seconds to this great cause!” He suggested that the money raised could be directed to the White House, pending the approval of the president. After another moment of reflection he suggested, “We could call it the March of Dimes.” This idea brought the general approval of everyone in the meeting.

Naturally, neither Cantor nor the others immediately realized the historic importance of this lively catchphrase, but they instantly understood its appeal, based as it was on a pun on the contemporary newsreel, The March of Time. They continued to prepare for the 1938 Birthday Ball and the special radio appeal for the President's birthday. The U.S. comptroller for the currency, J. F. T. O'Connor, wrote to the President, “I have never discussed the matter with men who were more enthusiastic about anything as they were over the aid which they were anxious to render to disabled children.” Cantor worked vigorously on the campaign and enlisted the support of Nicholas Schenk at Twentieth Century Fox as well as the most popular entertainers of the day—Jack Benny, Bing Crosby, Rudy Vallee, Deanna Durbin, Lawrence Tibbett, Jascha Heifetz, Joe Penner, Kate Smith and Edgar Bergen and “his wooden-headed friend,” the puppet Charlie McCarthy.

The National Foundation for Infantile Paralysis was officially incorporated on January 3, 1938, and the first March of Dimes radio appeal occurred during the week preceding the Birthday Ball events scheduled for January 30. As Cantor himself stressed, “March of Dimes will enable all persons, even the children, to show our president that they are with him in this battle against this disease. Nearly everyone can send in a dime, or several dimes. However, it takes only ten dimes to make a dollar and if a million people send only one dime, the total will be $100,000.” This optimistic pitch collided head-on with the dismal news that the appeal garnered only a trickle of dimes in the days following the first broadcast. In fact, only $17.50 had been sent to the White House in two days. But what followed became a deluge. By January 29, over 80,000 letters with dimes and dollars flooded the White House mailroom to the extent that official correspondence to the President was literally buried in an avalanche of donations, a total of 2,680,000 dimes or $268,000. On the eve of his birthday, President Roosevelt went on the air to express his thanks.

“During the past few days bags of mail have been coming, literally by the truck load, to the White House. Yesterday between forty and fifty thousand letters came to the mail room of the White House. Today an even greater number—how many I cannot tell you, for we can only estimate the actual count by counting the mail bags. In all the envelopes are dimes and quarters and even dollar bills—gifts from grownups and children—mostly from children who want to help other children to get well. Literally, by the countless thousands, they are pouring in, and I have figured that if the White House Staff and I were to work on nothing else for two or three months to come we could not possibly thank the donors. Therefore, I must take this opportunity to thank all who have aided and cooperated in the splendid work we are doing.”

With the first “March of Dimes,” the National Foundation for Infantile Paralysis was off to a very promising start. Cantor had not only jump-started the fundraising program of the new foundation, but he also demonstrated the enormous value of an appeal for the inexpensive participation by everyone, young or old, rich or poor, simply by contributing a dime. What’s more, Cantor's knack of hitting on a catchy phrase that would be universally remembered was a stroke of genius. The name “March of Dimes”—the annual fundraising campaign—became recognizable to more people than the name of the Foundation itself. Cantor continued to support March of Dimes through the 1950s as communities throughout the U.S. embraced it as the single means to eliminate the scourge of polio from America. With the polio vaccines developed by Jonas Salk, MD in 1955, and Albert Sabin, MD in 1962, made possible by March of Dimes funds, the polio epidemics in the U.S. swiftly abated. With that success, the Foundation changed its mission to birth defects prevention in 1958, and in 1979 it officially changed its corporate name to the March of Dimes Birth Defects Foundation.

Join our email newsletter to find out how our community is helping families.